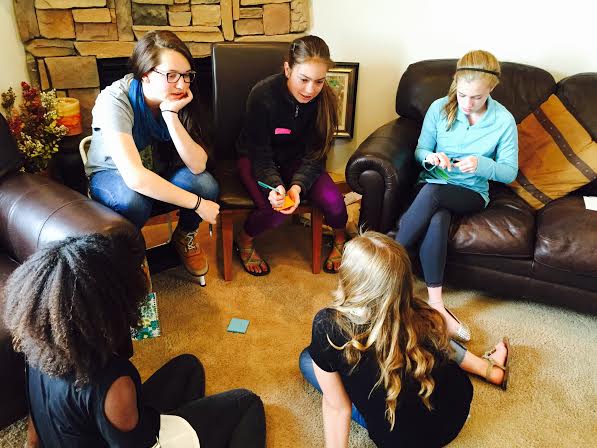 I am asked often why I chose to build Million Girl Army with middle school girls.  There are a number of reasons.

First, have you met a middle school girl?  They are fascinating.  They have a fearlessness I have never seen before.  They are old enough to know that life can be hard, that challenging things happen, that the world isn’t as perfect as it seemed when they were younger.  But rather than letting that harden them, they have a sweet innocence and determination to do something about it.

Middle school girls are in between.  They are not children and are capable of great ideas and sophisticated thought, but they aren’t yet viewed as adults either.  They are in the middle, yearning to uncover their place in the world and to be heard.  And when I stopped long enough to listen, I found they had interesting things to say.

Middle school girls have resources.  They are smart, they are fearless, they are gifted with technology, they have a belief they can do and be anything they want, and as a group they can have tremendous power.

As Million Girl Army grows and I meet more of them, they continue to amaze me with their insights, their heart, their passion, and their energy.  They are determined to make the world a better place for girls around the world who do not have the resources they do.  And when they work together, it’s a beautiful thing to watch.

We may only have an army of dozens at this point, but watch out, because as we climb towards one million, they will become a force to be reckoned with.  A force for good.

I chose them because they will change the world.