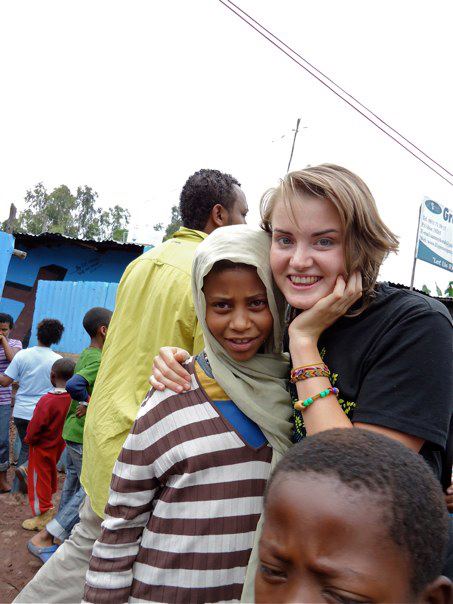 When I was sixteen, I took a trip to Ethiopia that planted the seed of who I would later become.

I was still a kid, my concept of self still malleable and unrefined, so this trip was extremely important. I spent two weeks helping to run a sort of day camp for the children of an extremely poor community on the outskirts of Addis Ababa. There my eyes were opened to the juxtaposition between American Normal and Ethiopian Normal. About 50% of the younger children had fungi growing on their heads, all the babies had flies in their eyes, and despite the fact that many Americans, if asked, would say that it was an extinct disease of biblical times, leprosy is still a concern. When I arrived home, I was crushed. How could my life continue “as normal,” when I had just seen a very different kind of “normal”? After that I knew the direction of my life had to change, and that I needed to see more of what was our there beyond the comfort of my middle class life.

Fast-forward two years, and I'm in Thailand. I was there for solo travel, yet I could see clearly that there was another very different “normal” happening here. Though not as impoverished as Ethiopia, prostitution and human trafficking run rampant throughout South East Asia. In the poorer provinces, families affected by poverty are sometimes forced to send their daughters to find work in the bigger cities, like Chiang Mai and Bangkok. The work they find there is often prostitution or work in one of Thailand's many sex shows. Both of these are supported by tourists, especially the later. I was shocked and angry to find that going to some type of sex show in Thailand is practically common place these days. “How can that be?” I thought; how is it that this is a normal part of the experience of travel? Don't they know that the girls they are watching are someone's daughters? They have family members and dreams, and lives outside of their awful jobs. Sure, some women say that they enjoy that kind of work; but I would bet you anything that for the majority of those girls, it was NOT their first choice of occupation.

Almost exactly one year later, I'm in Uganda, spending time with children in an orphanage/school compound. I felt that I was doing exactly what I was meant to do, in exactly the right place. While I was there, I wanted to connect with some of the older kids who were more cautious and reserved than the excitable and outgoing younger kids. However, I struggled with finding the courage to initiate conversation and form connections. That was when God told me what I needed to hear, and what truly solidified my call to be a globally compassionate person; “Madeline, you're all just people.” Now I could put into words why what I noticed and felt in Ethiopia and Thailand had caused me to ask so many questions and become frustrated. These weren't just Ethiopians, Thais, and Ugandans, they were people, with depth and lives and stories about what got them to where they are in life. And most importantly, God values their lives equally with ours, no matter how short, long, hard, or comfortable they are. This seems like basic reasoning, but I say it because I've seen it forgotten many times. Their lives might seem like vapors in the wind, but we must remember that God tells us that ours are the same. When you see people as genuine and valuable, it makes compassion personal. You feel for them, pray for them, hurt for them; but that's exactly the way God calls us to love. 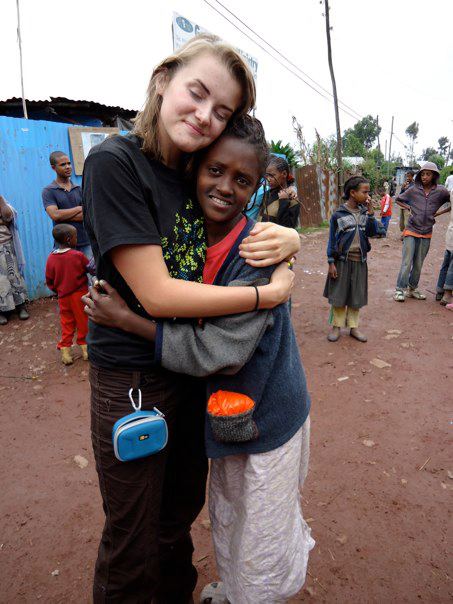