Annual Gala Speech - In Case You Missed It 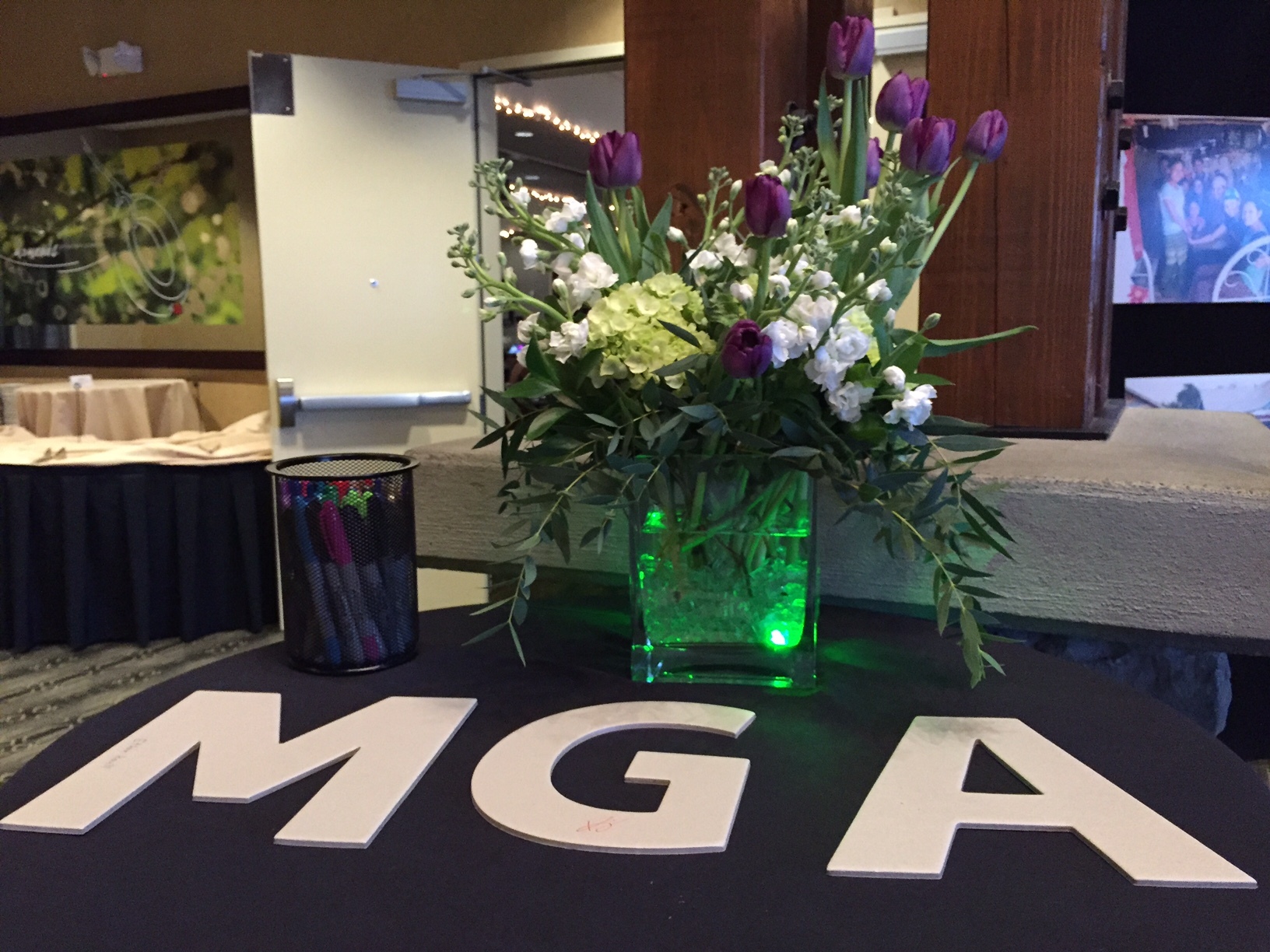 As I look around the room, I see so many people who have donated their time, their talents, their finances, and their support over the last year to help me and MGA move forward. I stand here a bit overwhelmed by the gratitude I feel.

I’ve known this night was coming for months now, known I was going to be standing here talking with you. I’ve been patiently (ok and sometimes not so patiently) waiting for inspiration to strike so that this time I have to speak with you is well used. Generally, I am not nervous when I speak in front of an audience, and yet this past year I’ve found that when I speak about MGA I am. It’s caught me by surprise. Why when I’m used to speaking in front of groups do I find this task tonight so nerve-inducing?

As I reflect, I’ve discovered that while I’m a leader and an educator and in front of people often, no subject matter so closely resembles the core of who I am, of my heart and passion, than Million Girl Army. So when I stand before you tonight to tell you about it, I’m really inviting you to not only hear and see my heart, but to believe in it and support it. It leaves me feeling vulnerable….and emotional…and nervous.

As I sat in my office the other day trying to work out what to say and my cursor sat blinking on the page in front of me, my eyes wandered to the photos on my wall.

I took these photos in 2007 on my first trip to SE Asia. They have hung either in my office or in my house ever since and have served as a constant source of inspiration for me. Whether I was frustrated with a real estate deal gone bad, working through the decision of whether or not to create MGA, or puzzling out the best course forward, they have been there. Silently reminding me of what my heart whispers to me when I allow it space and quiet to speak.

You see, I can’t tell you much about these three girls.

I can tell you I think of them daily, wondering what has become of them.

But I can’t tell you their names.

I can’t tell you where they are now, nearly a decade later.

I can’t tell you if they died young without access to medical care or are thriving today.

I can’t tell you if they ever went to school or if they’ve spent their lives working.

I can’t tell you if they were married young to someone in their village to ease the burden on their families.

It wears on me. The wondering.

And yet, I can tell you that collectively, the three of them without knowing each other or me, were the spark that turned into what is now Million Girl Army.

Since meeting them, I have learned a lot about the world. Much of it I wish I didn’t know. Because once I knew, I couldn’t unknow things. And the knowing is uncomfortable.

A year ago, nearly eight years after I met them, when the knowing became so uncomfortable I could no longer sit passively on the sidelines, I finally found the courage to formally create and launch Million Girl Army.

Million Girl Army is an organization centered around young girls with a strong belief in their ability to change the world. Not just for girls like these, but for themselves and their peers as well.

Over time, my generation has become nearly paralyzed by the sheer volume of need in the world. We hear stories of how there are now more slaves in the world than at any other time in history, most of them in the sex trade, and we feel powerless to help. We hear of girls cast aside, married young, forced into prostitution, and long to do something but are stymied by how to stop so great a tide and are often blinded by our own interests.

But the next generation is different.

They are not afraid. They see the world as a small, connected place and are longing to have a voice in it. They have brilliant ideas they are dying to share. They have resources available to them and a desire to help.

They are the answer.

Million Girl Army’s mission is to transform middle school girls into globally compassionate teens who combine their resources to change the world.

We do this by sharing a monthly video curriculum with the members, showing them what it is like to be a girl their age in another part of the world and encouraging them to use their voices, talents, and resources to change the world.

We show them not only what is different between their lives and the lives of girls in the developing world, but what they have in common. We tell stories…understanding that once they know, they too cannot unknow. And we hope the knowing spurs them to action.

We provide them with a platform to interact with one another, increasing their strength, volume, and collective power as the army grows.

We empower them to believe in themselves and each other.

Because empowering the next generation of girls IS the answer to world change.